Coventry remained prosperous even through the economic slump of the 1930’s In fact during the 1930s the population of Coventry grew by 90,000. There had been yet another boundary extension in 1928 which brought even more districts within the city limits, F Geo Robinson was one of the developers bringing extensive new housing estates to the City.

The company had offices and an extensive Joinery workshop at it’s premises in Swan Lane, Coventry.

The offices used to be single storey and robustly finished with a reinforced concrete roof for its role as an ARP station during the 2nd World War. 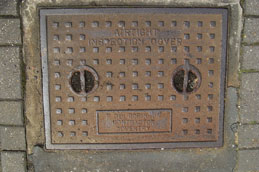 Developers often commissioned specially cast manhole covers, many of which are still in use today 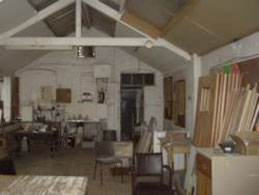 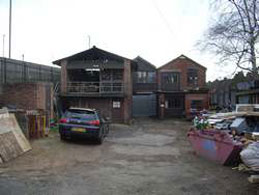 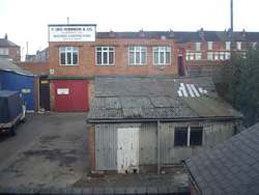 T F Robinson was apprenticed as a carpenter to his father and took over the Company with the estimator H Williams. The respective sons were brought into the business, with a view to succession , with John Williams joining the company in 1964 and John Robinson a qualified QS joining the business in 1964.The Company in recent times was well known for quality work in the private and public sector carrying out many projects for Coventry City Council and the Coventry School foundation.

The business ran from the Swan Lane premises until 2009 when it was bought by Martyn Blair.

Martyn worked for many years with his son Peter Blair and when Martyn semi retired Peter took on the role of managing director and owner.

The business has now moved and continues to operate from purpose build accommodation at Martyn’s home address.